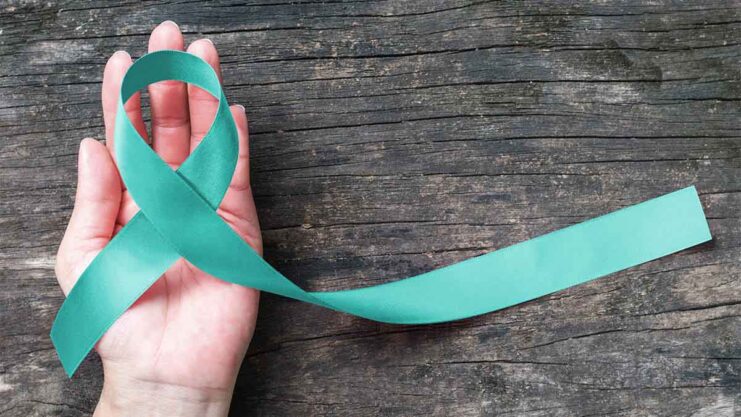 Since the Middle Ages, colored tokens and symbols have been used to show support. The practice started with colorful ribbons given to English knights before making its way to the Americas. The more modern version of awareness ribbons came with the popularity of the song “Tie a Yellow Ribbon Round the Old Oak Tree” in the 1970s. During the Iranian Hostage Crisis, the wife of a hostage took the lyrics literally and began tying yellow ribbons around trees to signify her hope that her husband would return safely.

The trend caught on. Other colorful ribbons were worn for different crises or causes, including the pink ribbon to represent breast cancer awareness beginning in the 1980s and the red ribbon as the symbol for the fight against AIDS beginning in the ‘90s. Today, there are so many awareness ribbons (literally hundreds) that it’s nearly impossible to keep them all straight. We’ve selected some of the causes that are nearest and dearest to our hearts to share with you.

Awareness can mean life or death when it comes to suicide prevention. Many don’t know the signs to look for in someone who is at risk of suicide, or how to help. Support and professional intervention can make a difference. If you or someone you know is at risk of suicide, contact the Suicide Prevention Lifeline 24/7 at 1-800-273-8255.

Families, friends, and victims of domestic violence have adopted the purple ribbon to show solidarity and signify the fight against physical, sexual and psychological abuse. The National Resource Center on Domestic Violence and the Domestic Violence Awareness Project use the color purple to rally around victims and symbolize perseverance.

The Susan G. Komen Breast Cancer Foundation was the first on the scene to use pink as the visual symbol of breast cancer awareness in the mid-1980s. But the major popularization of the pink ribbon came with Self magazine and Estee Lauder teaming up to promote the use of pink ribbons in 1991 as part of breast cancer awareness month. Today, it’s one of the most recognized symbols of support.

In the 1800s, green was used as a way to identify people who were considered insane. As a way to flip that on its head and boldly shout in the face of stigmatism, it is now used as the proud color of mental health awareness. With 1 in 5 people living with a mental health condition, chances are you or someone you know could use the physical, emotional and visible support, stigma be damned. We’re all in this together.

The blue ribbon is associated with diabetes awareness after the International Diabetes Federation and the World Health Organization launched the World Diabetes Day campaign in 1991, which resulted in its official adoption by UN Resolution 61/225 in 2006. A blue circle logo became the international symbol for diabetes, with the circle representing life, health and unity. Blue is a nod to the UN flag, in recognition that this is a worldwide epidemic and takes a united, international effort to combat.

Adapted from the Thin Blue Line design, the law enforcement support ribbon is blue to signify the uniform often worn by police officers and adopted as their unofficial color. Both civilians and law enforcement officers use the Thin Blue Line ribbon and other symbols to show solidarity and support for the men and women in blue who put their lives on the line every day.

Cancer comes in many forms, and so do the ribbons that support fighters and survivors. American Cancer Society encourages people to raise awareness for early screenings and prevention in a concerted effort on February 4 during World Cancer Day, in addition to a 24/7/365 effort to educate on cancer causes, treatments and preventions.

The color orange is said to increase oxygen to the brain, stimulate mental activity, promote health and strength, and encourage optimism and hope. In other words, it’s the perfect in your face color for MS fighters and supporters. MS Awareness Month is recognized in some states in March, while MS International Federation has designated May 19 as World MS Day since 2009. Either way, rock your orange year-round to show your support and/or resilience.

One of the most distinct ribbon designs is the colorful puzzle ribbon for autism awareness. Adopted in 1999, the puzzle ribbon signifies the complexity of the autism spectrum and the diversity of people and families who have autism, according to the Autism Society. It’s brightly colored to symbolize hope.

The yellow ribbon has long been associated with active military, with common lore tracing it back to a Puritan-based military marching song called, “She Wore a Yellow Ribbon,” which has been often adapted over centuries. In the 1970s, the song “Tie a Yellow Ribbon Round the Old Oak Tree” popularized the use of a yellow ribbon, and today, it’s a common symbol of families and friends who have a deployed military member, MIA or POW that they are wishing a safe return home.

Supporting our troops doesn’t stop with those in active duty. Red, white and blue ribbons give visible awareness to all military members who have served the United States of America, past and present, in all branches. The ribbon is a symbol of patriotism and unity with military service members and veterans to show them that we recognize and appreciate their sacrifices for our freedom.

“Not all wounds are visible.” The phrase associated with the often invisible struggle of those with Post-Traumatic Stress Disorder (PTSD) emphasizes the need for awareness and support. PTSD’s teal ribbon is a highly visible way of saying, “I see you. I’m here for you.” It’s a way to bring a dark disorder to light. It’s a way to recognize its impact so that you can join the fight against it.